Mallat Law Firm was founded half a century ago by Wajdi Mallat, a former minister and president of the Beirut bar. The firm has an established history in several areas of litigation. Upon its founder's election in 1993 to the presidency of the newly formed Lebanese Constitutional Council, his son Chibli, then full-time academic in the law department of the School of Oriental and African Studies (SOAS), University of London, and Director of its Centre of Islamic and Middle Eastern Law, took over as principal. Professor Chibli Mallat is EU Jean Monnet Chair of European Law and Director of the Centre for the Study of the European Union at the University of Saint Joseph, Beirut, and SJ Quinney Presidential Professor of Law and Professor of Law and Politics of the Middle East at the University of Utah.

While litigation, negotiation and corporate work remain a strength of the firm, a new emphasis has developed in the realm of international law consultancy and litigation. The firm is a leader in international criminal law, in the laws of the Middle East, and in European law.

Lawyers at the Firm

Materials on the Lebanese Legal System

A primer on the Lebanese legal system 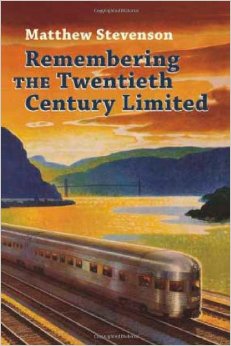 “Just before lunch I called at the law offices of Dr. Chibli Mallat, a prominent jurist whom I had met in Geneva, when he was on a visit to the United Nations... His cabinet, to use the French word for a law office, was refreshingly old world. The doors and paneling were made of heavy dark-stained wood, and the floors, at least in memory, were a mixture of tile and faded marble. I have no recollection of air conditioning, but the thick walls of the older building provided cool air. When I walked into the office, I sensed that Mallat was revising either a legal brief or a chapter from a forthcoming book. He took a break from his manuscript, and we talked as a secretary set in front of us a small tray with Turkish coffee. I might well have been calling in Lebanon around 1908, when Lebanon became a leading center of Ottoman dissent. A man in his mid-forties, Mallat has about him the air of a Young Turk, someone who believes that only a more democratic Lebanon and Middle East can end the cycles of domestic and international violence that have turned the region into a medieval cauldron.”