On #humanrights day - Mallat in Arab Weekly: Human rights are not a suicide pact

Human rights are not a suicide pact

Philosophy of human rights does not mean impotence, stupid­ity or ineffectiveness. Human rights are not a suicide pact. 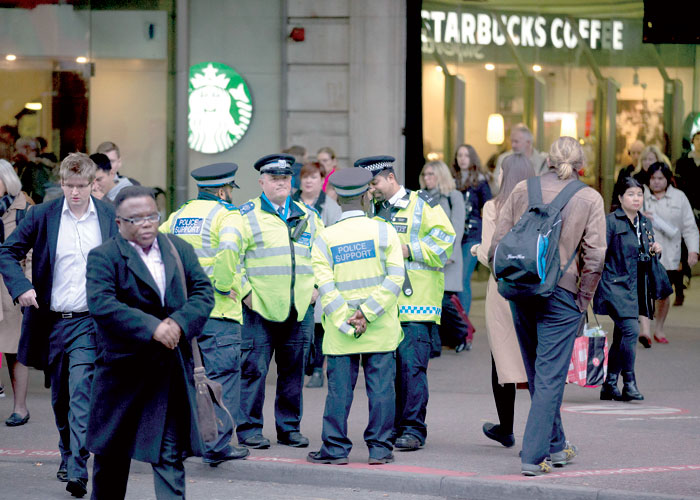 Beirut - On the annual celebration of Human Rights Day, its worst possible nemesis is steadily displacing it. It is called terrorism, more accurately state terrorism. And here we must take a firm stand on language: Terrorism and coun­terterrorism mean exactly the same thing.

Lest we forget, ‘”terror” was born in the French revolution as state politics. On September 5, 1793, ter­ror was declared à l’ordre du jour of­ficially, at the roster of the French National Convention.

The reasons then are similar to the reasons now: By using violence to challenge peace and order in the state, those who opposed the French government lured it into becoming an increasingly fierce ter­rorist machine using counter-vio­lence to eradicate them.

More than 200 years later, the pattern remains the same. The state (represented by the executive) sheds the rule of law and grows oblivious to human rights. A terror­ist state does one thing: its govern­ment removes or waters down hard-won human rights.

In revolutionary France two laws followed the terrorist order of the day in 1793. The Small Terror start­ed with the “law of suspects” by denying the accused the right to a proper defence. The Grand Terror amplified the removal of basic hu­man rights, including the right to an attorney; 40,000 French citizens were killed in the following months under those laws, with little or no due process.

The same process is getting re­peated 200 years hence. Human rights have been eroding since the September 11, 2001, attacks and are further set back by the policy adopt­ed following the Paris massacres on November 13th. Under this policy, human rights will erode further at every new massacre. With maca­bre episodes following each other relentlessly in a globalised world, democratic governments become more “terrorist” as they shed more human rights to “counter terror­ism”.

For the United States after 9/11, the retreat from human rights took the shape of the USA Patriot Act. It was followed by wars in Afghani­stan and Iraq and by officially de­clared global war on terrorism and war on al-Qaeda, now on the Islamic State (ISIS). In France, the French president declared November 13th that “the country was at war” and decreed the Etat d’urgence the fol­lowing day.

Squads of police have descended on flats and houses across the coun­try, forcing doors open with no ju­dicial oversight, arresting suspects and taking them away.

Internationally, suspects are tar­gets of both civil and criminal pen­alties. Specially designated global terrorist supporters are put on black lists without warning and with no ef­fective judicial remedy.

These citizens can’t open bank accounts. They can’t board planes. Such domestic “suspects” are far luckier than the suspects who live abroad. Foreign suspects become, without knowing it, the target of ex­trajudicial assassination executed by drones. There are not even at­tempts by the state, thousands of miles away, to pretend it is trying to arrest them.

The alternative is plain. Punish­ing the guilty in accordance to prop­er procedure is the necessary face of human rights. It vests in the prin­cipled attachment to the universal declaration of human rights in the various domestic forms it takes in democratic countries, and with an increased activation of proper ju­dicial reach on the international scene.

Domestically, the judiciary can be asked to step up and guide jus­tice for the people who are killed. Internationally, human rights mean the resistance to declarations of war that will put the enemy on the same moral keel, mass internments and drones. The human rights alterna­tive policy also means allowing the effective international reach to the judiciary. The international judge will step up if trusted and enabled.

A philosophy of human rights does not mean impotence, stupid­ity or ineffectiveness. Human rights are not a suicide pact. They are the pact of free human beings to ensure that they do not end up looking like the mirror image of the wanton kill­ers who challenge them.

Chibli Mallat is an international human rights lawyer and a law professor. His latest book, Philosophy of Nonviolence, was published at Oxford University Press.